“There are people dying, if you care enough for the living, make a better place for you and for me.” – Michael Jackson, Heal the World 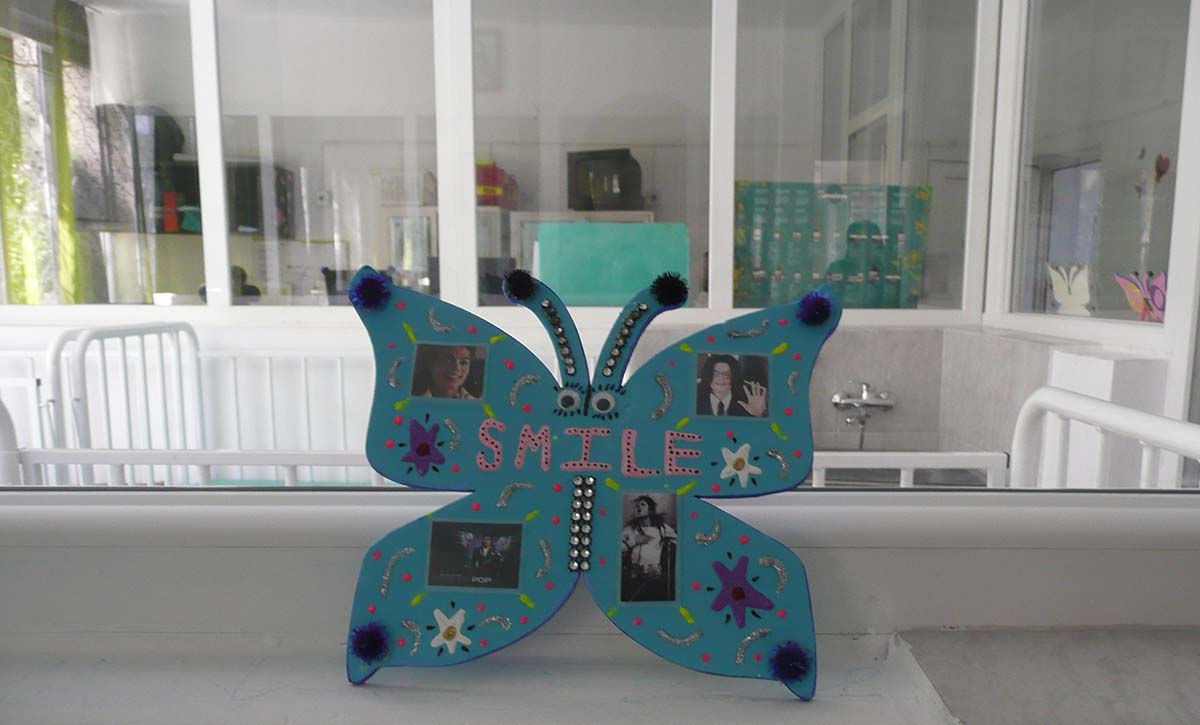 The Romanian Angel Appeal Foundation and Heal the World

The Romanian Angel Appeal Foundation (RAA) was launched in 1990 by a group of British volunteers who saw the terrible conditions in Romanian orphanages and decided to do something to improve the living conditions for the children subjected to such. Led by Beatle’s wives Olivia Harrison, Barbara Bach Starkey, Linda McCartney and Yoko Ono; artists such as Elton John and The Beatles together with over 100 volunteers joined the cause and travelled to Romania to help renovate the country’s orphanages, bringing food, clothes, toys – and hope – to countless children in need. Indeed, Michael’s own Heal the World Foundation was regularly in consultation with the charity, particularly during the time of his visit to Romania and the launch of his Foundation in the early 90s.

After the British volunteers finished their mission in Romania, Romanian volunteers decided to carry on, turning their attention towards helping children diagnosed with HIV.  From 1996 to 2012 their projects gave much-needed support and help to HIV positive children and teenagers who had been infected in Romanian hospitals during 1985 – 1989. Among those projects were 16 day care centers that offered medical, psychological and social support for HIV+ children and their families. A mobile unit saw such otherwise shunned children treated by dentists and dermatologists. Prevention programs in high schools followed by social integration projects for young HIV+ children saw many thrive that were once written off as having no hope of survival.

Since 2013, the RAA extended its remit to include programs dedicated to children with autism and to persons affected by tuberculosis (TB).

Romania has the highest number of people suffering from TB in the EU. Around 12,000 people are diagnosed with TB each year, 500 of whom are diagnosed with multi-drug resistant tuberculosis (MRD-TB). MRD-TB is potentially deadly and cannot be treated with common antibiotics. The treatment is lengthy and often painful. Patients need at least two months in hospital and two years of medication.

Every day, three children are diagnosed with TB, every hour one adult is diagnosed with TB and every day 4 people are dying of TB in Romania. In 2012, out of every 100,000 people 94 were diagnosed with TB. In 2013, Romania reported 12,860 new TB cases, 3,851 re-treatment cases, and 1,136 TB-related deaths. It is clear therefore, that projects which benefit people affected by TB are desperately needed.

In order to improve the life quality of TB patients the RAA managed to buy medication for TB-MDR (multidrug resistant tuberculosis), as well as equipment for rapid testing of TB in 8 laboratories in Romania. They provide free psychological and social counselling for patients diagnosed with TB in order to raise treatment adherence, and they offer socio-professional counselling and professional reorientation courses for cured TB patients who have lost their jobs due to long term treatment periods

During the RAA’s visits to TB hospitals, they discovered that the only TB hospital that caters for children in Bucharest is The Pediatric Ward of the Marius Nasta Hospital. It treats the worst cases of TB in the country. Yet the roof was broken and water flowed through the walls. The walls themselves were damp and not at all conducive to the treatment of any lung condition, let alone TB. Thankfully, Asociatia Faborisa in Bucharest has a partnership agreement with the hospital concerning its renovation.

Asociatia Faborisa’s Founding Director Luminita set to organising a fundraising concert for the rebuilding of the hospital’s roof. Her colleague – a former classmate – chose Michael’s ‘Heal the World’ to accompany the PowerPoint presentation. That colleague just happened to be Oana – a fundraiser our Founding Director had been liaising with at the RAA as regards a potential project in Bucharest.  The next day after the concert Oana called Luminita and told her about MJL. An amazing coincidence!

On hearing of Asociatia Faborisa’s struggle to find help and of the hospital’s incredible work in spite of the circumstances, MJL partnered with Asociatia Faborisa in order to fund the renovation and re-furnishing of the paediatric wards at the Paediatric Institute of Pneumology Marius Nasta in Bucharest, Romania. This is the only hospital where all forms of TB are treated on a national level. Children come for treatment at Marius Nasta from all across the country.

The total number of hospitalized children exceeds 2,000 per year. By offering the Pediatric  Institute of Pneumology Marius Nasta the help it needs, countless children will go on to benefit from inpatient care without aggravation such as stuffiness, throat irritation, coughing or wheezing, eye and skin irritation, and mold allergies. In many cases, this will also help shorten the children’s treatment period.

While at the hospital, our team were honoured to meet with Dr. Gheorghe A. Murgoci.  Dr. Murgoci, primary pulmonologist and head of the Pediatric Pneumology Department at Marius Nasta, could work anywhere in the world, yet he chooses to stay at this hospital because he understands how necessary it is, especially when professionals of his calibre are few, especially in Romania.

Later, we were treated to a celebration organised by Luminita and Asociatia Faborisa, at which the children benefitting from the new wards joined us for some fun, music, and the celebrate their lovely new surroundings. Among other talents including Luminita herself, Fabio Sanchez, an artist and singer of Latino music, got everyone dancing. Michael, for sure, would have been proud to see the children smiling and to know that so many people around the world had gifted generously to make this life-changing mission possible.

“Personally I really like Michael. He was different and what I liked about him was that he tried to promote values through his songs, and had a good heart. One of my colleagues is Fabian Sanchez – an artist and singer of Latino music. We believe that music is a language that everyone understands, and providing emotional care for people is not the least of things.” – Luminita Ciovica, President and fundraiser at Asociatia Faborisa