“I will never stop helping and loving people the way Jesus said to. He said “Continue to love. Always love. Remember children. Imitate the children.” Not childish, but childlike.”– Michael Jackson 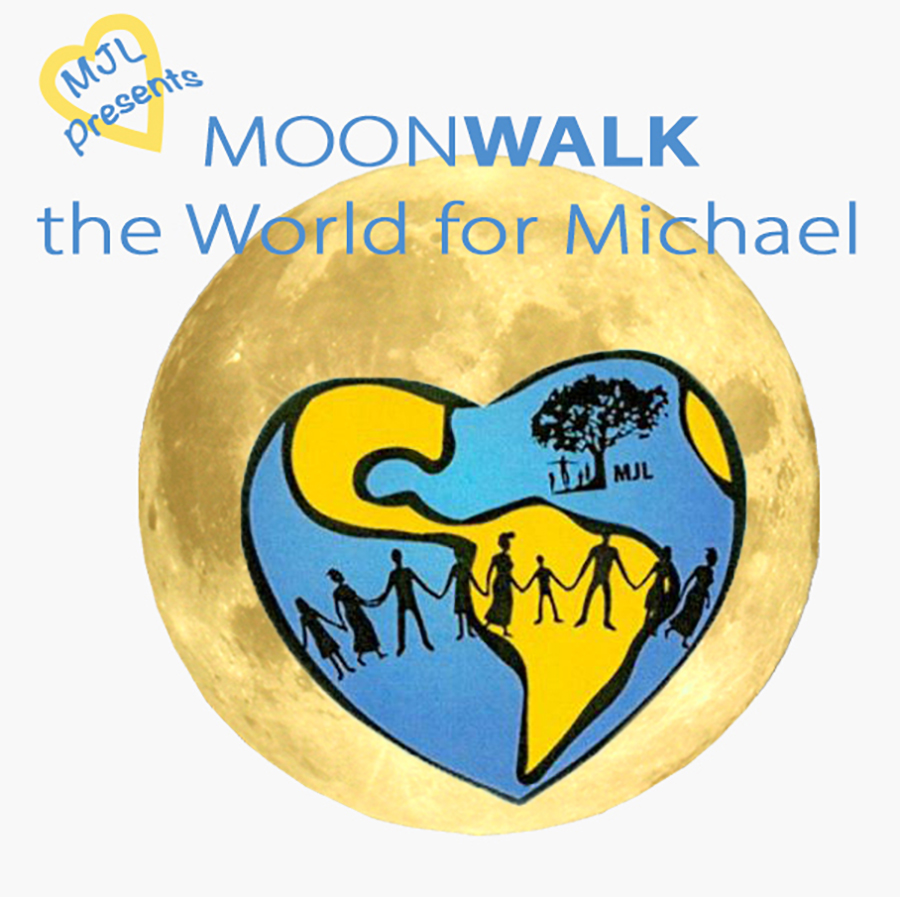 What is MoonWalk for Michael?

MoonWalk for Michael is a collection of sponsored walks that take part around the globe to benefit MJL’s worldwide initiatives. Previously known as Walk the World for Michael -the initiative began in 2013 after several supporters expressed an interest in organising a sponsored walk to benefit MJL’s projects.  Walks have since been organised by dedicated supporters around the world; ordinary people with an extraordinary passion. They often take place on or around 29th August – Michael’s birthday – but can effectively be organised at any time throughout the year. So far, every organiser and participant has been successful in completing their walk, and has thoroughly enjoyed it!

Michael and the moon

Since his spellbinding performance at the Motown 25th Anniversary special, Michael Jackson’s name will always be synonymous with the Moonwalk. But there is much more linking the superstar to the moon than first meets the eye. His one and only biography was entitled Moonwalk and his 1988 film, entitled Moonwalker, culminated with a rendition of ‘The Moon is Walking’ by Ladysmith Black Mambazo. He recorded a song entitled ‘Scared of the Moon’ and his Neverland ranch logo, the inspiration behind the Dreamworks logo, depicts a young boy sitting in a crescent moon. What’s more, the artist commissioned ultra-talented artist David Nordahl, our US Honorary Ambassador, in creating the painting ‘Moonrise’, depicting himself playfully walking with children in front of a large, glowing moon.

Unbeknown to many, since July 2009 when it was announced by the governing board of Luna Society International, Michael Joseph Jackson has been designated his own crater on the moon, an honour bestowed on only a select few luminaries.

Michael’s crater, previously designated as Posidonius J is located in the moon’s Lake of Dreams (Lake of Dancing Dreams on our moon) adjacent to a 1,200-acre plot of land owned by none other than Michael himself.  It is the largest of the 12 ‘satellite craters’ in the Posidonius group, measuring 22 kms (13.5 miles) in diameter, and on a clear night it can be viewed using a typical home telescope!

In fact, Michael was one of the largest private owners of lunar property claims. In addition to his significant parcel in the Lake of Dreams, which he obtained in 2005 as he fought for his freedom and legacy, he also owned a smaller property in the Sea of Vapours.

How can I get involved?

We would love to hear from prospective organisers and walkers.  Ideas are nothing without dedicated people to make them happen.  Please contact us if you would like to participate in a walk, or organise a walk, and we will do our best to pair you up with walkers from your area.

This stunning Michael moon was diligently and lovingly painted by our incredibly talented artist Siren and, while this Michael moon depicts real craters, seas and other landmarks on the moon, their names have obviously been changed a little! All of them, that is, with the exception of Michael’s own crater. 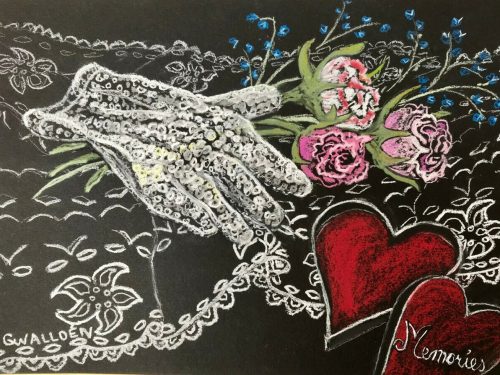 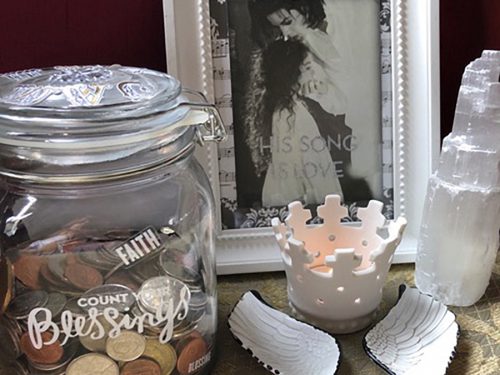 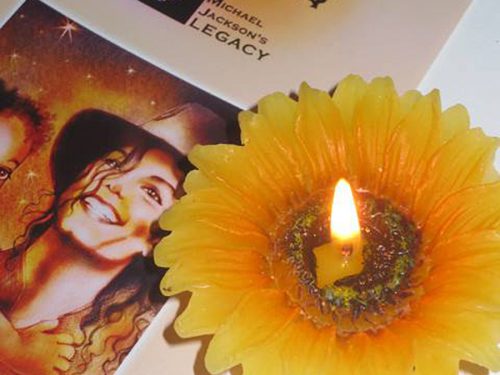 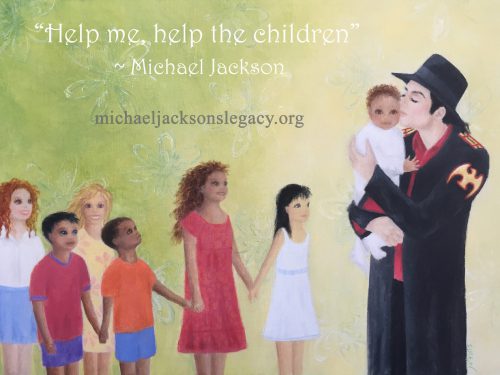 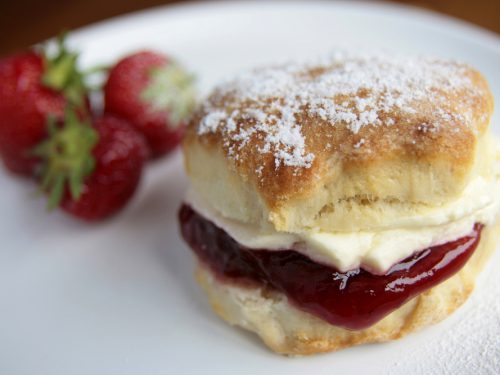 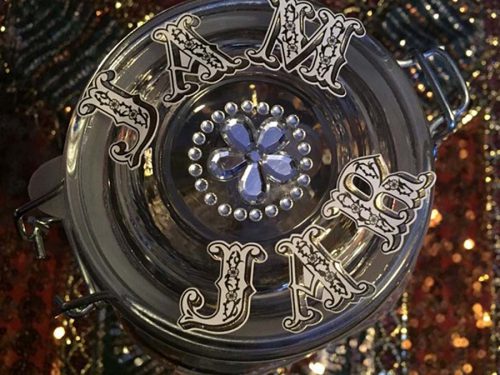 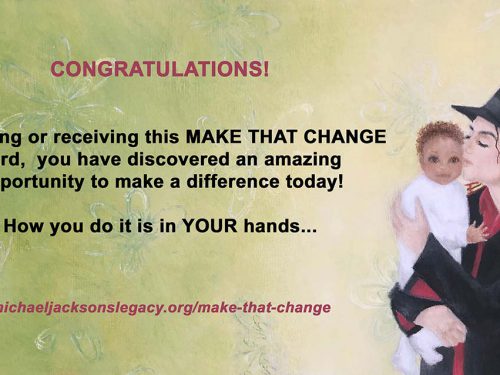 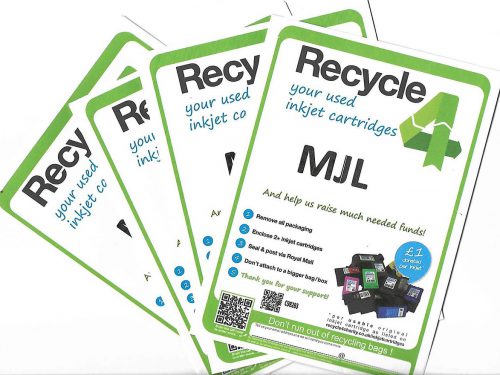 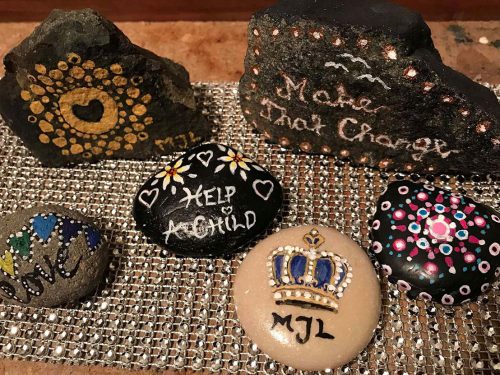