“I hate to see suffering. I hate to see people in need and I feel God gave me a gift and I have to use it responsibly by giving back and I’ll do it until I have pennies left or the good Lord calls me home.” ~ Michael Jackson

Without unity in heart and in spirit, we achieve very little, but Michael’s message and commitment to a better world encourages all of us to ‘make that change’ both within and outside of ourselves.  Join us and enjoy being part of a community of volunteers who are committed to making a positive change in the world in which we live.  Whether you can offer help through donations, fundraising, sponsorship, prayer, practical help or something entirely different, we would love to hear from you.

We are incredibly humbled and honoured to have hugely accomplished artist David Nordahl on board as an Honorary Ambassador. Born in 1941, David has a lifetime of professional work and commissions under his belt, but in spite of his rare ability to captivate viewers through a glorious injection of magic, wonder and innocence, even he was surprised to receive a late-night phone call from Michael Jackson. Michael – having been enchanted by an Apache piece he’d seen in Steven Spielberg’s office – initially wanted art lessons, but the pair quickly bonded which led to a creative collaboration and friendship which lasted from 1988 to 2009.

Thousands of painstakingly detailed drawings and around a dozen large-scale commissions later, David Nordahl is one of very few artists that can boast of having had his work displayed prominently in Michael’s home. But boasting is not something that would cross the humble artist’s mind. In fact, it was his humble nature, combined with their mutual appreciation of art and a shared experience of traumatic childhoods that cemented a lifelong friendship between artist and superstar that would prove as beautiful as the artwork that adorned Michael’s home and brought so much joy to all fortunate enough to lose themselves in its wonder.

Orphaned at the age of six, Dee’s childhood was devoid of the affection and sense of belonging that many children take for granted, but this gave her the strength and resilience to overcome all obstacles, as well as a commitment to helping those less fortunate.

At age 12, she found hope in the Bible, brought into her school with an equally hopeful message, by the Gideons. Her prayers for guidance and inspiration came in the unexpected form of Michael Jackson when, a few short months later, she discovered the star’s music, his heart for others and his extraordinary inner strength.

Dee’s desire to help others and her lifelong love of the written word led her to gain a place at university and, subsequently armed with a 2:1 Honours degree in psychology and journalism, she embarked upon a career as a freelance writer specialising in uplifting real-life features in order to inspire, educate and encourage others to be the best that they can be in spite of all obstacles. In 2011, she founded MJL in order to help continue the legacy of a man who she credits as having been a gift of joy and hope in a world of pain.

Christine lives in the South of Sweden, just five minutes by car to the ocean. She is happily married with two beautiful daughters and four adorable grandbabies.

Christine is a happy person who brings joy and light wherever she goes through her positive attitude and caring nature.  It’s not altogether surprising then, that her lifelong career involved caring for people and bringing some light to those less fortunate. For 43 years, Christine worked at a hospital, first as a second nurse at an ICU department and then, when she was no longer able to work with patients due to psoriatic arthritis, she took care of their computers and computer programs.

A very creative person, Christine is forever looking for new ways to express her love and admiration for a man she says has always been a big inspiration. One way she does this is through her ‘Global MJ Sunflower Garden’ which includes up to 1000 sunflowers of different heights, colours and shapes. Through her tender loving care and via seeds sent by fans from all over the world, her Garden of LOVE comes to life each year as an expression of her boundless love and respect for Michael, providing inspiration, comfort and strength to those who need it.

Born in London and having grown up in Northampton, UK, Lisa has been dedicated to Michael Jackson – who she describes as her role model and inspiration – since the age of 5, and credits him for helping her through many tough times, from childhood to the present day. She says there’s nothing better than helping others and making them smile and she does this through her much-loved job as a carer for the elderly.

When Lisa isn’t working, she enjoys reading, baking and walking in nature with her beloved husband and cherished dog, sometimes taking photos along the way. Lisa graduated in 2015 with a professional photography diploma, and loves to view life through her lens, capturing as many memories as she can for posterity.

Born in Pittsburgh, Pennsylvania just a month before Michael, Joyce grew up listening to music including The Jackson 5 and subsequently Michael’s solo career through the 1980s and early 1990s.   At age 18 she discovered that she had Vitiligo which continued to spread for the next 40 plus years and she grew to really appreciate how difficult it must have been for Michael to deal with this condition while being in the spotlight.

Marriage, her career as a nurse and the unexpected loss of her beloved husband from cancer in 2001 took Joyce’s focus away from Michael for some years, but after the star’s sudden and shocking death in 2009, she once again became focused on his music, life and legacy, reading and watching all that she could.

Through her quest to find out more, she stumbled upon MJL and has been a generous donor since the charity was founded, becoming a Trustee in 2021.  Joyce says: “Through this MJL family, I have found the opportunity to honour Michael’s loving legacy in a truly meaningful way that I hope will continue for many years to come!”

Siren joined our team in 2017 as a hugely accomplished yet incredibly humble artist whose work oozes with a passion for Michael. What makes her work even more extraordinary is that unlike many artists who’ve been nurturing their skills for many years, Siren didn’t know she could paint at all until post-June 2009. The subsequent outpouring of love that came forth is of a kind that simply cannot be contained and will leave you gasping for breath at its sheer beauty and tenderness.

Siren’s stunning artwork is achieved through pure dedication to capturing Michael’s loving spirit and tender nature, and provides a glimpse into the heart of both Michael and the artist whose art – and heart – we are truly blessed to have on board. You can learn more about Siren’s mission to share Michael’s message of universal love here.

Khaira is the newest and youngest member of our team. Having worked for several years in a social media administrative position, she is well aware of the methods and strategies necessary to garner support via such channels and is perfectly placed in her role as administrator of our Twitter and Instagram accounts. In spite of having a full time job, busy Mom and wife Khaira is so passionate about helping others, especially those in dire situations, that she uses what little spare time she has to help create a better world.  She says: “I want to continue being a tool in helping others for that is what I truly believe Michael’s legacy is and it is our responsibility to carry it forward.”

Lisa works in the financial department of one of the biggest utility companies in the world and has also worked on a large project for the European Parliament in Brussels, Belgium.  Both jobs entail a wealth of knowledge about technical issues, so it’s a good thing that she owned her first computer at just 11 years of age.  The competence she brings to the team is invaluable.

A founding team member, talented Lisa produced some of our earliest videos which went on to garner much attention and support during a time with the charity was still very young. More recently, after marrying and having a family, she is once again stepping up to any challenges we face in putting together videos from mission trips or for general promotion.

Gladys St. Lot Dorcilien was born in Haiti but left at the tender age of 12 to join her biological parents in New York City, USA. Her parents had left her for the bright lights of the City when she was just a baby, and she had hoped – in vain – that she would find the love and affection that most children take for granted through this reunion. However, it wasn’t meant to be, and in 1976, she took her disappointments in the past and her hopes for the future, and travelled to the Congo where, that same year, she founded the Every Day and Business English School (EBES), a school teaching English to French-speaking natives. The girls attending this professional school were mainly uneducated mothers.

EBES became one of the most talked about businesses in Central Africa and its profits soared. However, Gladys’ large heart was bigger than her desire for material wealth, and in spite of such success, her life felt empty. Aged 42, she handed the business over to her son and returned to her homeland of Haiti for the first time since childhood, sacrificing wealth and success for a frugal life with no running water, no electricity and certainly no places of leisure. There, she married a Bishop.

Maman Bishop knows that Haiti needs her skills and expertise more than the Congo or the USA and thus, together with help from her equally hard working husband; she set to transforming the Christian Village of Nod Dorcilien into a place of hope for a once devastated community. Everland Children’s World is now a part of that incredible vision.

Others making Everland Haiti a success include:

Jeanette hails from sunny Florida but her heart is so often with those for whom the sun shines very little due to difficult circumstances. Caring Jeanette heads up From Tribulation to Restoration, a charity with whom we’ve successfully partnered several times, and if she’s not engrossed in that or helping us with a distribution, she can be found navigating her way through boxes of provisions in her home that are ready and waiting to go to people in need.

Jeanette has worked as a humanitarian in both the Dominican Republic and Haiti, and in her role as a shoes-agent for MJL, she has successfully organised the distribution of shoes and provisions to numerous children in great need. 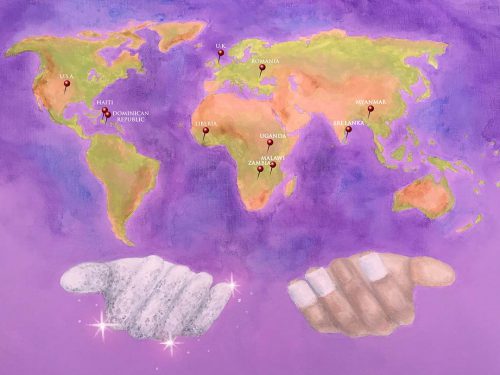 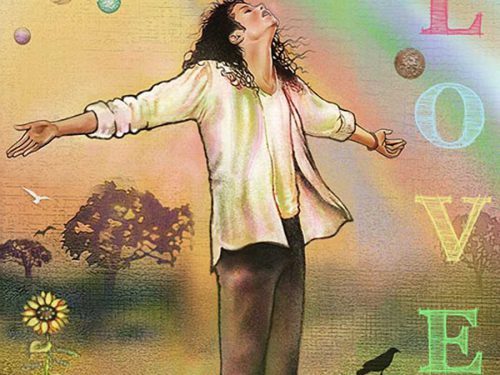 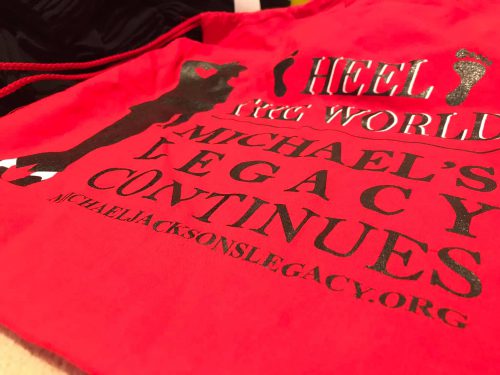 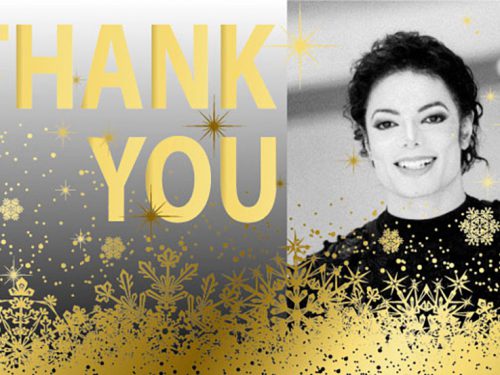 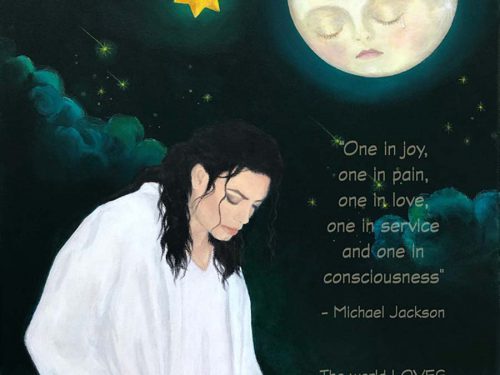