“Who am I to be blind, pretending not to see their needs?” – Michael Jackson, Man in the Mirror 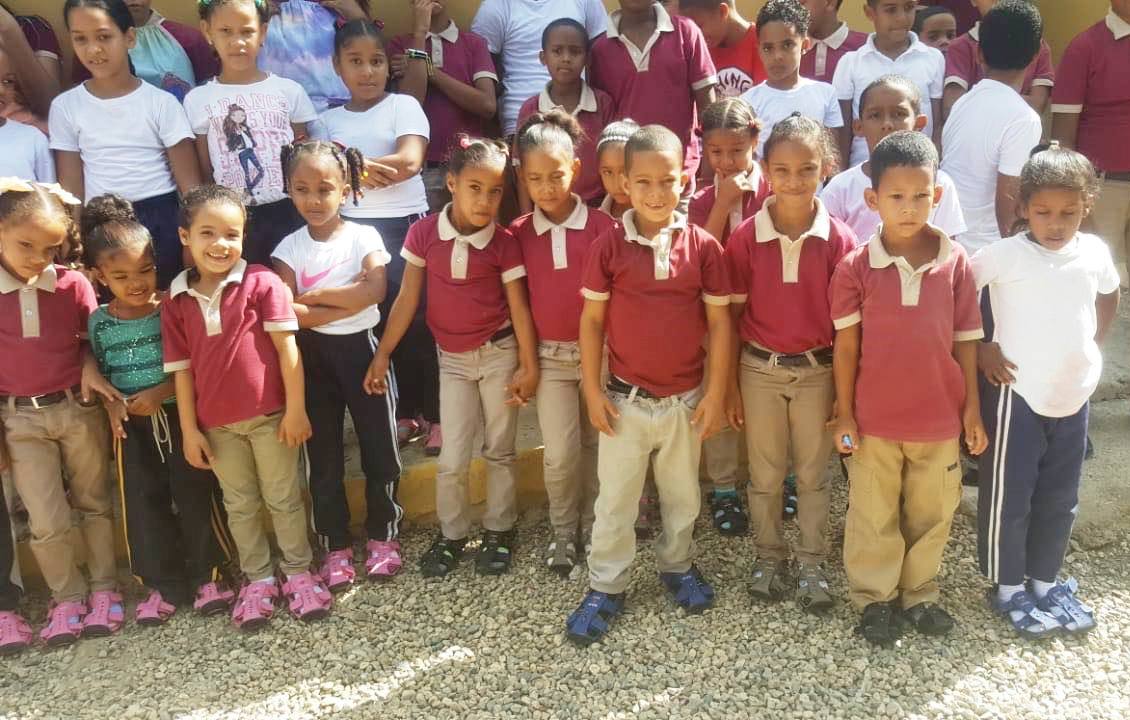 On 29 August 2019, what would have been Michael Jackson’s birthday, beautifully branded drawstring bags, each replete with a pair of shoes that will ‘grow’ with the child for up to five years, were gifted to 100 children in one of the poorest parts of the Dominican Republic. The poorest areas in the Dominican Republic are rife with children who cannot attend school simply because they don’t have the necessary shoes, clothing or school supplies.

This particular mission which took place on the outskirts of Moca, was made possible by MJL via generous fans across the world, many of whom give again and again to see Michael Jackson’s lasting legacy live on in the world today. The distribution was accomplished with the help of our amazing partners in this endeavour, From Tribulation to Restoration (FTTR).  FTTR, founded in 2005 and working in both Haiti and the Dominican Republic to alleviate poverty and its impact, kindly donated the huge birthday cake you see in these photos at no additional cost.

As preparations were under way for the distribution, forecasts predicted that Tropical Storm Dorian, quickly gathering the force of a hurricane, would hit the Dominican Republic on 29th August: the day of distribution. Prayers went up from all over the world and thankfully the storm bypassed the country, leaving those on the ground free to continue with the distribution as planned.

Shoes were given in tan, black, pink and blue (25 of each colour) and here you can see some of the children wearing their new shoes with pride. The red bags, glowing with Michael’s name and our talented artist Siren’s artwork, will likely be cherished by the children for many years. Rotaract, a young people’s group in the area, helped with the distribution. The children gathered together for a slice of celebratory birthday cake after the shoes were given out and there were many happy smiles, and feet.