“How many people will have to die before we will take a stand?  How many children will have to cry, before we do all we can? – Michael Jackson, What More Can I Give 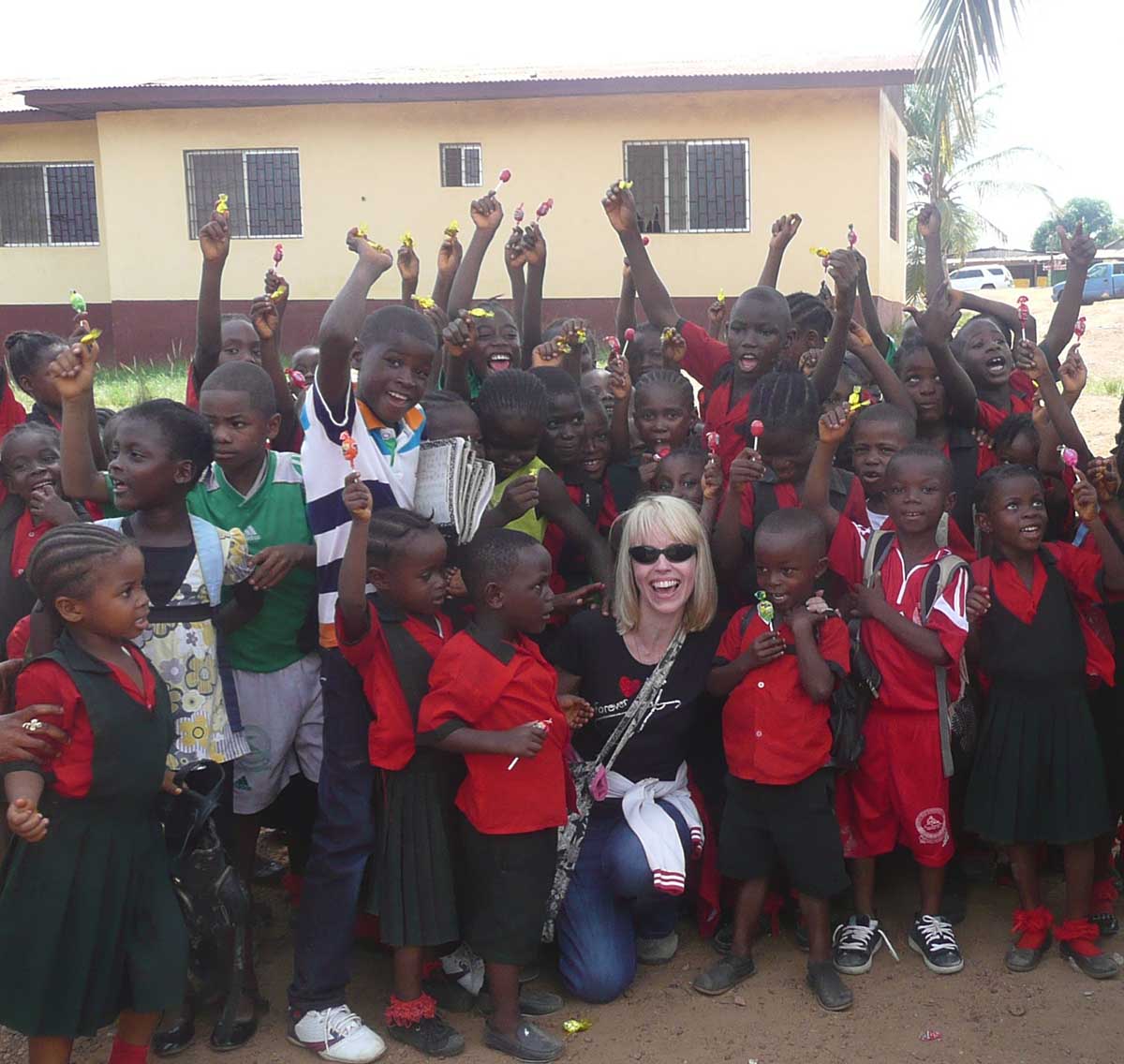 EARLIER this year, fresh out of a campaign to ensure as many deprived children as possible in Gary, Indiana, received toys at Christmas, we were searching for a new project that would see children’s lives changed in a tangible, lasting way. When we were alerted to a special invention that was already seeing children from across the world receiving shoes, it’s safe to say that we were ‘soled’ on the idea. You see, these aren’t just any shoes. These are shoes that GROW, courtesy of an amazing invention made possible by the US charity Because International. In fact, they grow five sizes in five years, which means that once a child has a pair of these special shoes, they will be of practical benefit for a very long time. Due to the lasting effects of a harsh and relentless civil war, there are countless children in Liberia still living in slums and walking around with ill-fitting shoes at best; and no shoes at worst. For most children in central Monrovia, no shoes are the norm, making them vulnerable to soil-transmitted parasites and diseases.

After a successful partnership which saw MJL distribute numerous buckets and hand-washing materials throughout Monrovia in the midst of the Ebola crisis, we already knew of the extreme poverty countless children live in throughout Liberia. This time we teamed up with Pastor Morris Logan from AWAKE In Christ International in a determined effort to distribute these amazing shoes on the ground. We asked if there were enough kind ‘soles’ around to help ‘Heel’ the world in an initiative that saw MJL return to Liberia to distribute shoes to some of the most destitute children in Monrovia. This was made possible through a very generous grant from the UK’s phenomenal Toy Trust, and through the generosity of individual donors around the world.

While the shoes were being shipped, one of our most dedicated supporters – Cindy Kent from New York– was very busy hand-decorating 150 pairs of socks, all of which were destined for the same little feet that would be given shoes – many for the first time in their lives. On top of this and again by hand, she diligently cut out countless leather hearts on which she painted the name of our charity, or that simple word that means so much to a child: love. These would be tied to each pair of shoes on their arrival.

During the trip, we had the opportunity and privilege to connect with several schools where we were able to speak about the charity and its work and the importance of healthy, protected feet, before giving out sweets and toys, donated by supporters.

We were guided to the most deprived areas outside of central Monrovia, to distribute the shoes and the socks. 150 pairs of growing shoes and hand-decorated socks were distributed amongst children aged 5-10 in Somo Town and Myers Town. Most of the children had never worn shoes and many of the little feet were dirty, worn and prone to numerous infections. Somo Town is so isolated that it took over an hour to reach, down a rough and bumpy dirt track and miles from anywhere, let along the nearest decent road. The town chiefs told us that we were the first white people ever to have visited their township and they were hugely grateful to be chosen as one of the pre-designated areas for distribution.

The children with no shoes at all and those most prone to infection were identified and each was given a pair of shoes and a pair of socks. The shoes should last five years even in harsh conditions, thus negating the need for short term replacement.

It was nightfall in Somo Town before we’d completed the shoe drive. As we left, some of the children ran after the vehicle we were in – in their new shoes – a job well done thanks to the generosity and compassion of The Toy Trust and Michael’s many advocates worldwide. You can see more photos of the distribution and its success below, as well as video footage featuring scenes of the distribution here.

“What an incredible experience it must have been for you and for all of the children who were receiving possibly their first pair of shoes and those lovely sparkly socks which I’m sure they have never seen or worn before!! So many gorgeous smiles and so much joy! Thank you so much for representing MJ with such grace, kindness and love.  This was such an amazing project.  So many children received more than just shoes and socks.  They received care, comfort, and hope from a small group who are inspired by Michael to continue his caring legacy! I am so proud to be a part of this MJL family.”