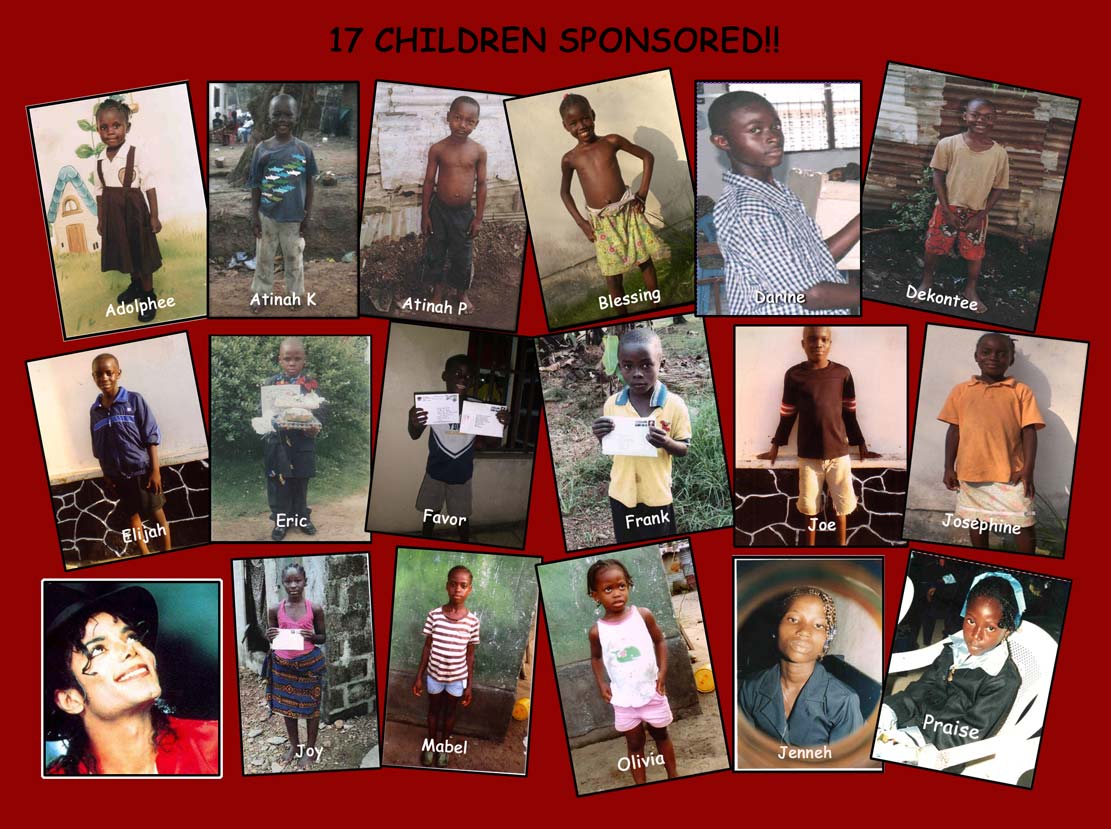 MJL’s child sponsorship program in Monrovia, Liberia was operational from 2012 to 2014. During this time, it saw a total of 17 children sponsored thanks to 18 individuals and families from nine countries around the world including Australia, Belgium, Germany, Vietnam, Sweden, England, Ireland, Austria and Italy.  A total of £9041.11 GBP was gifted to help these young children gain an education.

One of the children was subsequently adopted by his loving sponsor Kim, a supporter of this charity and a long term advocate of Michael’s, and this child – now a young man with so much potential – has been gifted a new life in the USA.